The report proposes a business case for being ethical. While there are a range of moral reasons for a business being ethical, there is also evidence that unethical behaviour leads to poorer financial outcomes for business. The study supplements the literature in this area by drawing on data from the RepTrak Governance Index (a measure of ethical perceptions), which shows a positive association between return on assets and performance on the Governance Index. Increasing a firm’s performance on the Governance Index by one standard deviation raises return on assets by approximately 7 per cent or around 50% for those firms in the sample. It found that in Australia, an increase in ethical behaviour could raise Australians’ average income by $1,800 a year, lifting GDP by $45 billion. The modelling also reveals a host of individual and collective benefits for Australians across wages, trust and mental health.

Although the study focuses in Australia, the following chart plots the average GDP per capita (log) against the average trust for a sample of 59 countries between 2010 and 2016. Countries with higher levels of trust also tended to have higher income levels. Approximately one-fifth of the cross-country variation in GDP per capita is related to the differences in trust levels. 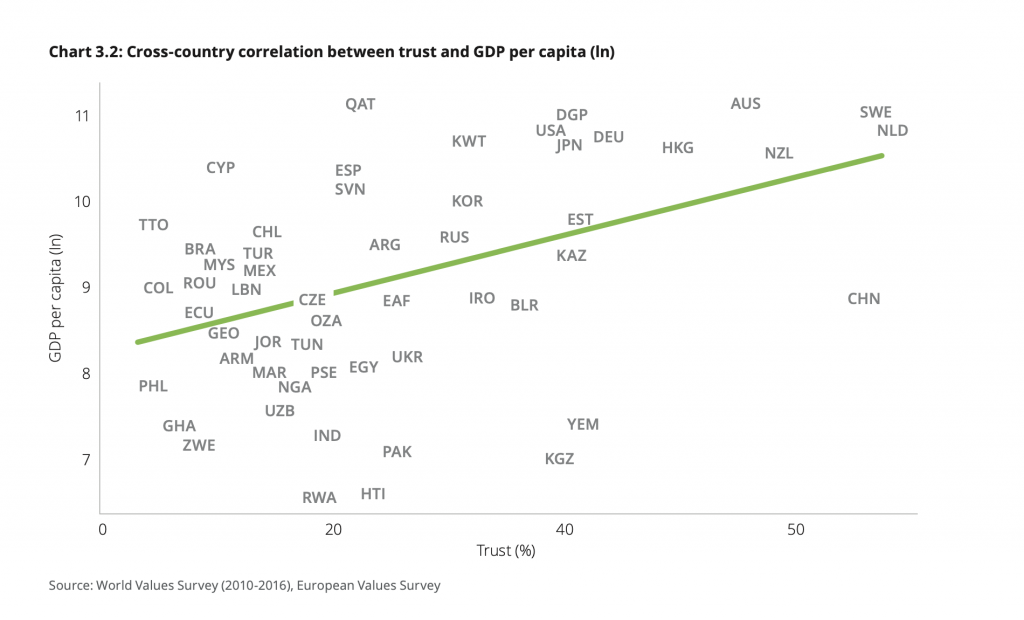 The report concludes with a discussion of how a stronger ethical framework based on these development areas could inform a response to three key challenges in Australia – highlighting technology and artificial intelligence as one of them.