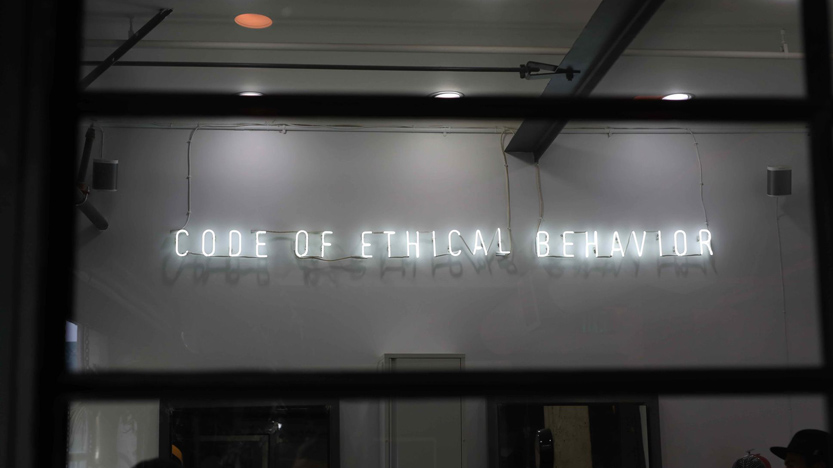 We all would like to think that we are ethical people. For most of us, this is probably true. At least for most of the time. We are on the cusp of the Fourth Industrial Revolution and it has never been so crucial to demystify what ethics really is.

It is easy to see the benefits of designing ethical technology. The term, even for those who are not familiar with it, is appealing. Companies want to be seen as ethical. Ethics, however, can be very much subjected to the environment, and to how quickly our knowledge changes. I will give you a great example that has been shared by Yuval Noah Harari in his book Homo Deus. Gene editing babies is currently seen as an unethical procedure. But…

it would surely come in handy if the little girl had a stronger-than-normal immune system, an above-average memory or a particularly sunny disposition. And even if you don’t want that for your child – what if the neighbours are doing it for theirs? Would you have your child lag behind? And if the government forbids all citizens from engineering their babies, what if the North Koreans are doing it and producing amazing geniuses, artists and athletes that far outperform ours? And like that, in baby steps, we are on our way to a genetic child catalogue.

What Yuval is saying here is that history plays a big role in defining what we consider ethical. The faster history changes, the faster our knowledge becomes outdated. We can only look to the past to predict the future. When we do that, we see many things that have been, with a certain ethical reluctancy, slowly incorporated into our society. Soon enough, even gene editing babies, will unfortunately form part of what’s considered “normal” by us.

How can we then assume that being ethical is a permanent decision. Most importantly, how can we expect that technology, which is created by flawed human beings, be ethical. Take biased artificial intelligence, for example, it is purely an extension of what we are. It can only be as good as as we are. Wouldn’t it be true, then to assume that we have to be very careful not to let what we think is right, dictate what ought to be right?

The World After Covid-19

THE THERANOS SCANDAL: WHAT IF THEY HAD THE WHISTLEBLOWING ACT